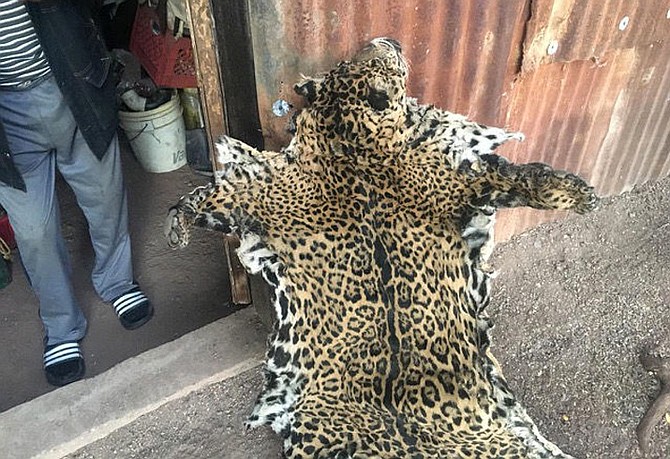 Tucson-based Northern Jaguar Project obtained this photo of a jaguar pelt. Based on spot patterns, the group and Arizona Game & Fish Department officials believe it is the same animal captured on a trail camera photo in southern Arizona in 2016. The photo is believed to have been shot in Mexico. (Northern Jaguar Project)

TUCSON — A nonprofit devoted to protecting jaguars believes one that was spotted in Arizona mountains in recent years has since died.