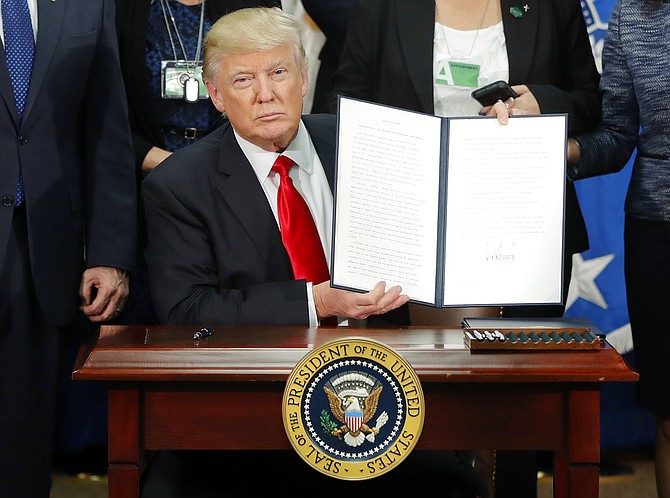 President Donald Trump holds up an executive order for border security and immigration enforcement improvements after signing the order during a visit to the Homeland Security Department headquarters in Washington, on Jan. 25, 2017. A survey conducted by The Associated Press-NORC Center for Public Affairs Research and MTV finds that parents and their kids agree about a lot of things when it comes to politics. Most in both generations disapprove of Trump, and 55 percent say they usually see eye to eye about politics. (AP Photo/Pablo Martinez Monsivais, File)

Poll finds most parents and kids agree on Trump, economy

In some ways, President Donald Trump has brought Tammy Kennedy and her daughter, Sue Ann, together on politics.