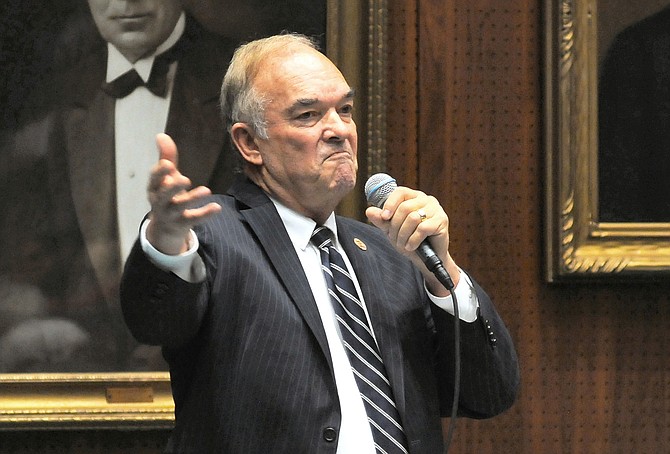 Rep. Don Shooter is pictured in February, 2018, as he told his colleagues in the state House that although he has “done stupid things,” they should allow him to remain a member of the House. They did not agree, voting 56-3 for his expulsion. Now Brent Backus, a Republican contender for state Senate, is trying to short-circuit Shooter's bid for re-election to the Legislature. In legal papers filed in Phoenix Friday, Backus contends that Shooter isn’t legally eligible to run. (Howard Fischer/Capitol Media Services, file)

PHOENIX — A Republican contender for state Senate is trying to short-circuit a bid by ousted Rep. Don Shooter to get back into the Legislature.