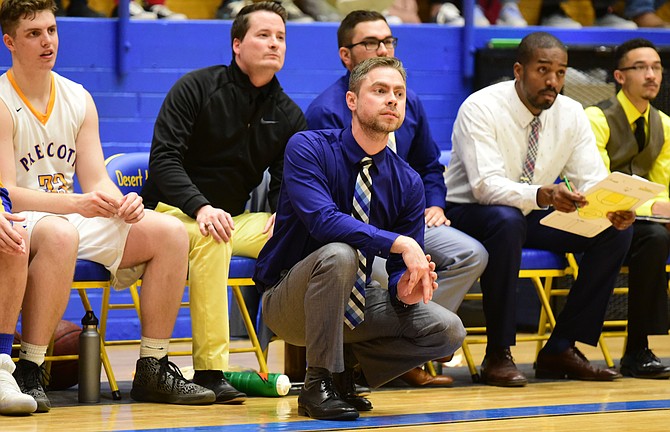 Former Prescott head coach Adam Neely watches the action as the Badgers take on rival Bradshaw Mountain on Jan. 31, 2017. Neely has stepped down as head boys basketball coach to take an administrative job with the Prescott Unified School District. A replacement may be named as early as next week. (Les Stukenberg/Courier, File)