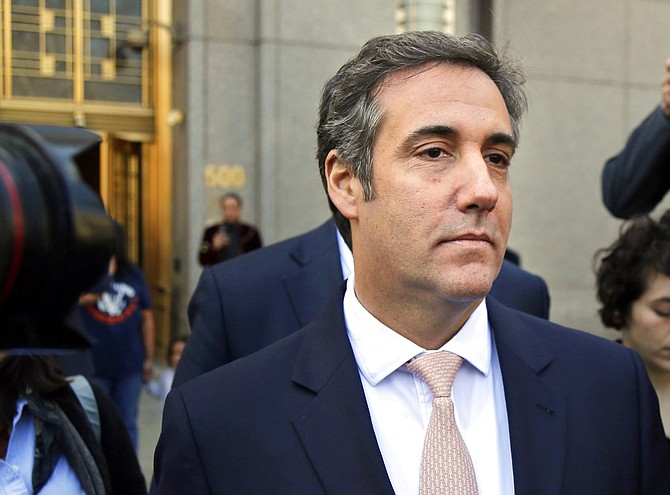 In this April 26, 2018 file photo, Michael Cohen leaves federal court in New York. President Donald Trump's former personal lawyer secretly recorded Trump discussing payments to a former Playboy model who said she had an affair with him, The New York Times reported Friday, July 20. The president's current personal lawyer confirmed the conversation and said it showed Trump did nothing wrong, according to the Times. (AP Photo/Seth Wenig, File)

Trump finds it 'inconceivable' lawyer would tape a client

Donald Trump said Saturday he finds it "inconceivable" that a lawyer would tape a client, as the president weighed in after the disclosure that in the weeks before the 2016 election, his then-personal attorney secretly recorded their discussion about a potential payment for a former Playboy model's account of having an affair with Trump.

Trump was taped talking of paying for Playboy model's story

President Donald Trump's former personal lawyer secretly recorded Trump discussing a potential payment for a former Playboy model's account of having an affair with him, people familiar with an investigation into the attorney said Friday.