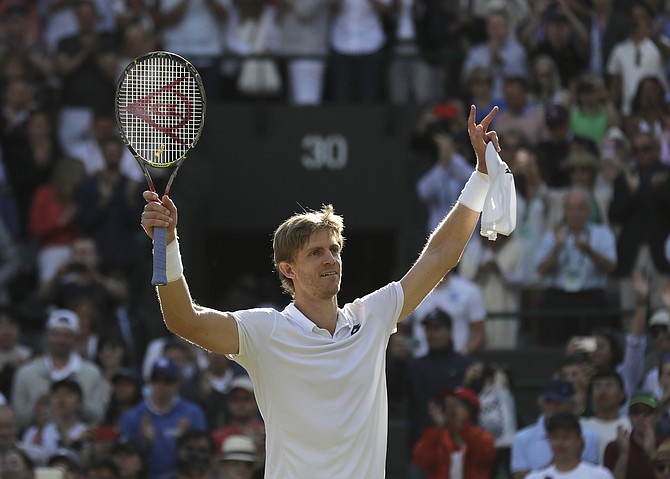 LONDON — Roger Federer was a point away from a rather tidy, straight-set victory in the Wimbledon quarterfinals. One lousy point.