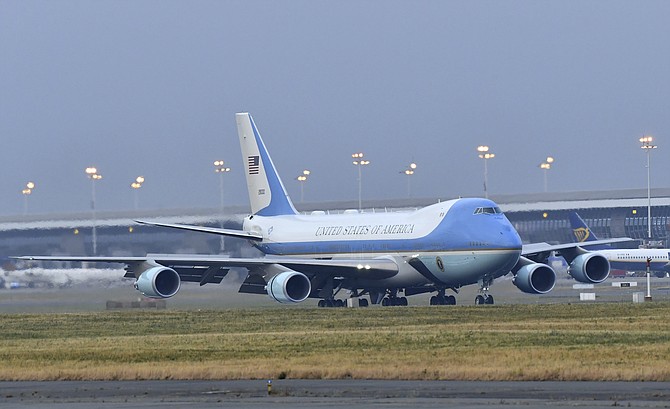 Trump lands in Europe, says Putin ‘easiest’ of his meetings

BRUSSELS — With Europe’s wary eyes upon him, President Donald Trump launched a weeklong trip there on Tuesday with harsh criticism for NATO allies and predicted the “easiest” leg of his journey would be his scheduled sit-down with Russian President Vladimir Putin.