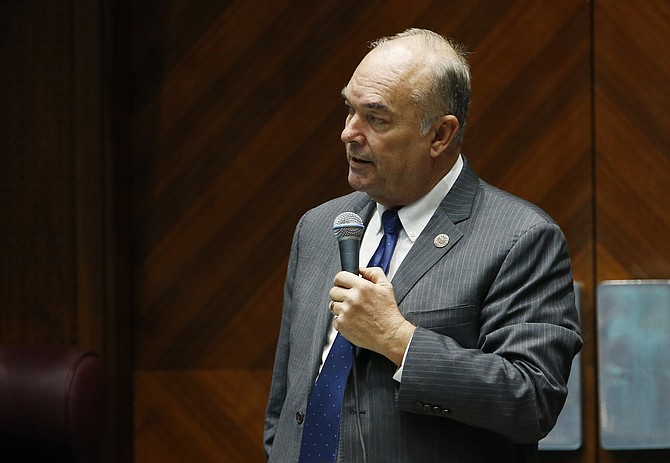 FILE - In this Tuesday, Jan. 9, 2018 file photo, Arizona state Rep. Don Shooter, R-Yuma, reads a statement regarding sexual harassment and other misconduct complaints made against him by Rep. Michelle Ugenti-Rita and others, on the House floor at the Capitol in Phoenix. An internal investigation released Tuesday, Jan. 30, 2018, found that Shooter violated the chamber's sexual harassment policies and has been permanently removed from all committee assignments. (AP Photo/Ross D. Franklin, File)

State House votes to expel Rep. Shooter over sex harassment claims
Prescott’s representatives are the only ones to join Shooter in voting against

Concluding his actions were just too wrong to excuse, the state House voted this afternoon to expel Rep. Don Shooter.

A top leader in the Arizona House said Wednesday she would seek to have a fellow Republican lawmaker accused of a pattern of sexual harassment expelled unless he resigns first.