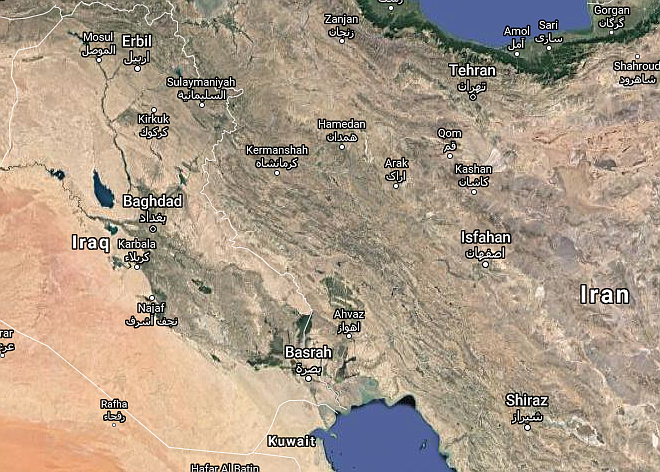 The border between Iraq and Iran is facing aftershocks from a tremblor that occurred in the mountainous region in November. (Google Maps)

A series of eight earthquakes hit the Iran-Iraq border area and rattled Baghdad on Thursday, apparent aftershocks of a temblor that struck the mountainous region in November and killed over 530 people. Four people suffered minor injuries in Iran, state television reported.