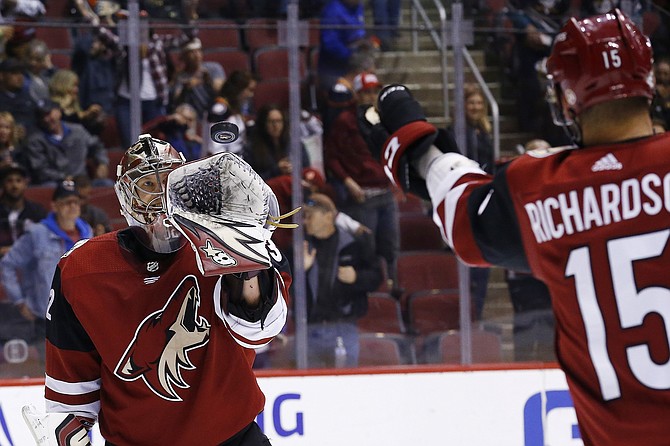 Arizona Coyotes goaltender Antti Raanta, left, reaches out to catch the puck tossed to him by center Brad Richardson (15) as he earned a shutout against the Anaheim Ducks as time expired in the third period of an NHL hockey game Saturday, Feb. 24, 2018, in Glendale. (Ross D. Franklin/AP)

GLENDALE — Two shutouts in three games is an impressive feat, but Antti Raanta was just trying to make up for letting five goals get by him two nights earlier.