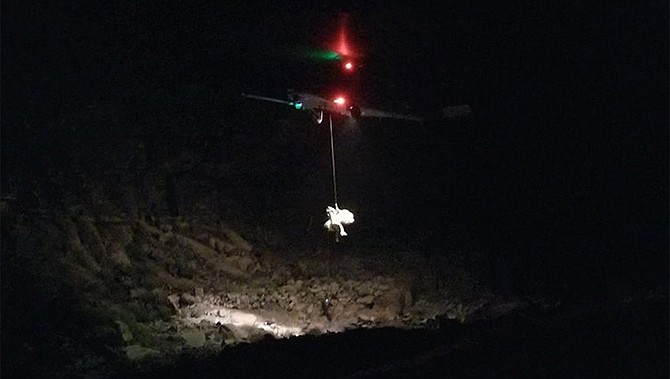 On the evening of Feb. 10, 2018 the Mohave County Sheriff's Office Search and Rescue received a call of a downed civilian helicopter near Grand Canyon West. The crash killed veterinary receptionist Becky Dobson, 27; her boyfriend Stuart Hill, a 30-year-old car salesman; and his brother, Jason Hill, a 32-year-old lawyer. The friends, who were in Las Vegas to celebrate Stuart Hill's birthday, opted to take a Grand Canyon sightseeing helicopter tour on tribal land. (Mohave County Search and Rescue)

A British tourist who was pulled from the wreckage of a fiery helicopter crash in the Grand Canyon died from his injuries Thursday, according to Nevada authorities.