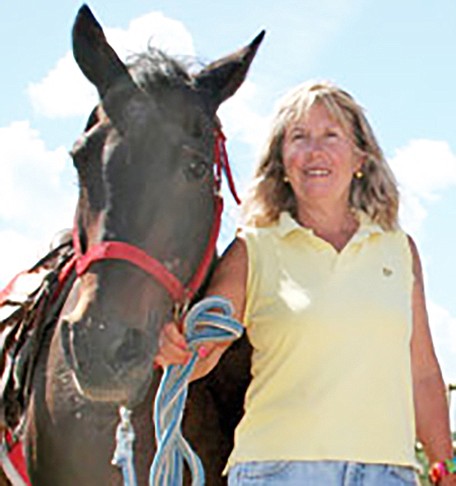 Dewey-Humboldt rancher Carole Wagner — pictured in 2010 on her property near Highway 69 — told town council members on Tuesday, Feb. 13, 2018, that her son was in a near-fatal accident at the intersection that the council is now studying, in light of a proposal for a new gas station at that location. (Sue Tone/Tribune)

The developers who want to build a Giant gas station at the southeast corner of highways 69 and 169 in Dewey-Humboldt can do so as long as they meet the requirements of the Arizona Department of Transportation.