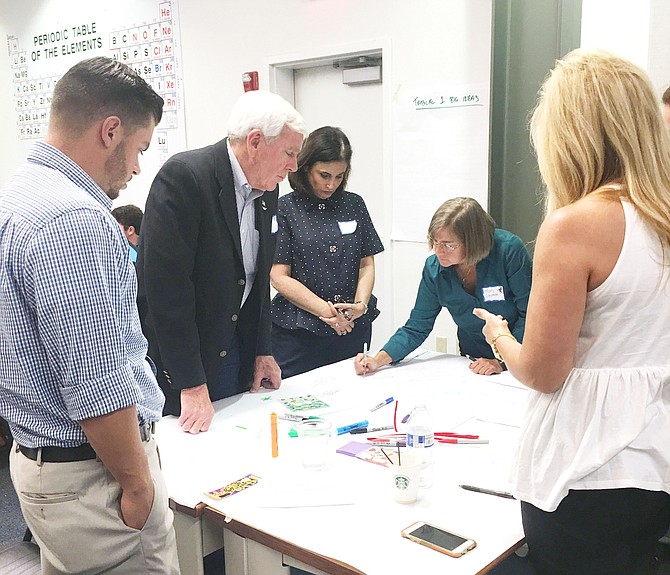 Prescott has seen its number of sober living homes decline in the past year from about 200 to a current total of 35 licensed by the city and 10 licensed through the state. Some of the reasons center on the ordinance the city adopted, which includes required training for managers. Pictured is former Mayor Harry Oberg, center left in 2016, working on the training curriculum with stakeholders.

Since new regulations on sober living homes took effect in Prescott in early 2017, the number of the homes has dropped by about 77 percent.