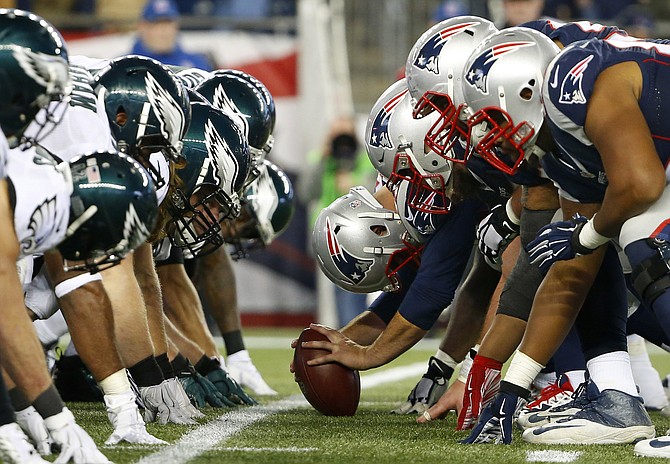 In this Dec. 6, 2015, file photo, the New England Patriots, right, and the Philadelphia Eagle get set for the snap at the line of scrimmage during an NFL football game at Gillette Stadium in Foxborough, Mass. The two teams are set to meet in Super Bowl 52 on Sunday, Feb. 4, 2018, in Minneapolis. (Winslow Townson/Panini via AP, File)

With Super Bowl LII just three days away, here's a few matchups to look for between the Philadelphia Eagles and New England Patriots.