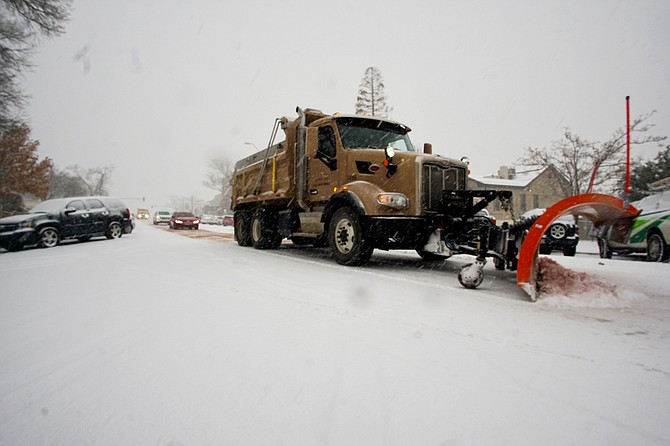 A City of Prescott snowplow clears the snow and applies a cinder treatment to Marina Street near the corner of Willis Monday morning. The fast-accumulating snow caused a number of traffic jams on downtown streets on New Year’s Eve Day, Dec. 31. (Cindy Barks/Courier)

A fast-moving winter storm on the last day of 2018 dumped more than 2 inches of snow on Prescott and surrounding areas Monday, but that didn’t deter locals from ringing in the New Year at the annual Boot Drop event.

A quick-moving storm, complicated by the holiday season and flu season, is making for some hazardous driving conditions in Prescott on New Year’s Eve day.