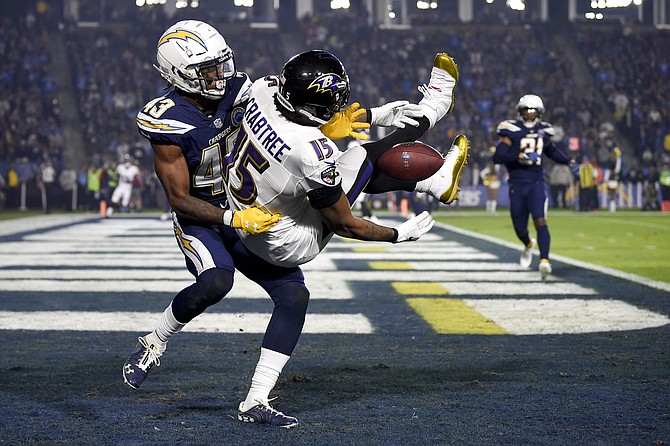 Lamar Jackson threw for 204 yards and had the longest touchdown pass of his brief career, and the Baltimore Ravens strengthened their chances of clinching a playoff spot with a 22-10 victory over the Los Angeles Chargers on Saturday night.