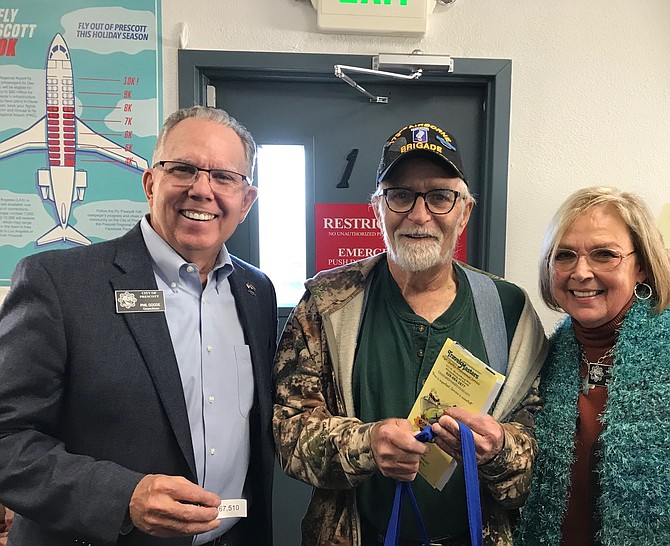 David Anderson, center, was the 9,000th passenger to board a commercial flight at the Prescott Regional Airport. He is shown with Prescott City Councilman Phil Goode, left, and Mayor Pro Tem Billie Orr, right. As a part of the city’s Fly Prescott 10K incentive campaign, Anderson won a number of prizes, which he asked to donate to charity. (City of Prescott/Courtesy)

The City of Prescott announced this past week that David Anderson was passenger No. 9,000 for the year at Prescott Regional Airport.