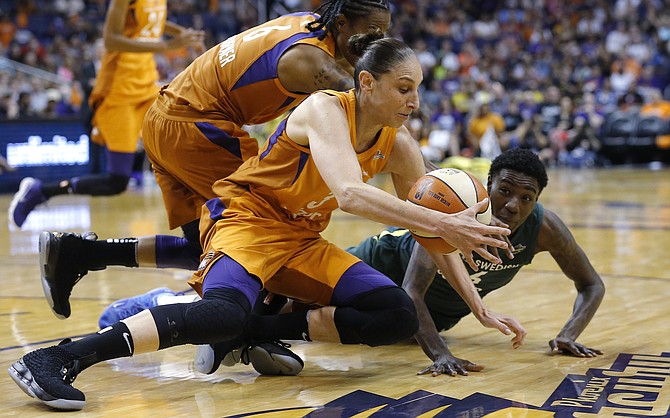 PHOENIX — DeWanna Bonner had 27 points and 11 rebounds, and the Phoenix Mercury scored the first 14 points of the fourth quarter to beat the Seattle Storm 86-66 on Friday night to force a Game 4 in the WNBA semifinal series.