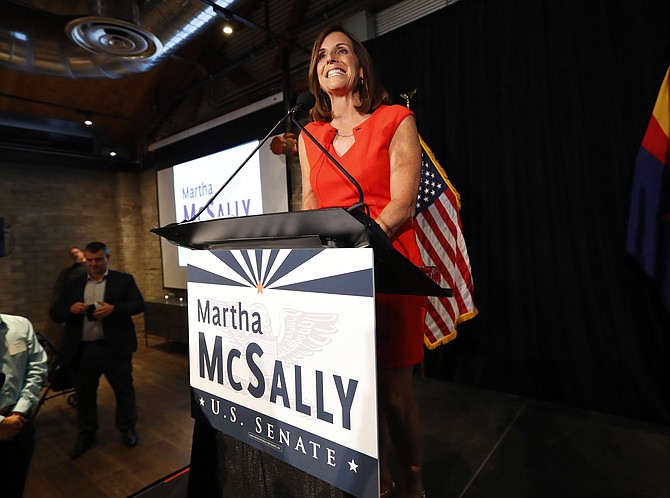 Arizona Senate race likely to be a tale of 2 pivots

The Senate race in Arizona is shaping up to be a tale of two pivots - Kyrsten Sinema's transformation over the years against Martha McSally's more abrupt swing on Trump, the most divisive issue in politics today.