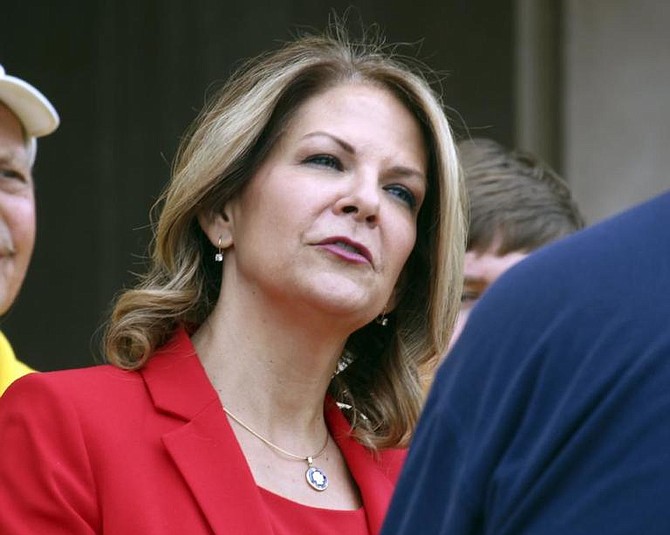 In this May 2, 2018 file photo, Arizona Republican U.S. Senate candidate Kelli Ward speaks to the media as she prepares to file her nominating petitions at the state Capitol in Phoenix. Ward, running for her party's nomination for an open Senate seat, suggested the announcement that McCain was ending medical treatment was intended to hurt her campaign hours before Sen. John McCain died on Saturday, Aug. 25. (AP Photo/Bob Christie, File)

Arizona candidate groused about McCain family before he died

Hours before Sen. John McCain died on Saturday, a Republican seeking Arizona's other U.S. Senate seat suggested that his family's earlier announcement that he was ending cancer treatment had been timed to hurt her campaign.