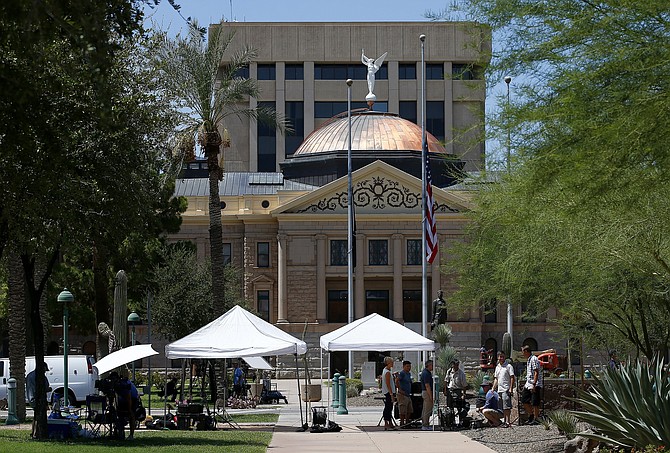 As flags fly at half-staff at the Arizona Capitol in memory of the late Arizona Republican Sen. John McCain, television crews broadcast live Sunday, Aug. 26, 2018, in Phoenix. McCain, the war hero who became the GOP's standard-bearer in the 2008 election, has died at the age of 81, Saturday, Aug. 25, 2018, after battling brain cancer. (Ross D. Franklin/AP Photo)

Replacing McCain in the Senate is political balancing act

PHOENIX — Sen. John McCain's death in office has handed Arizona's governor an empty Senate seat to give out — and a difficult political puzzle to solve before he does.