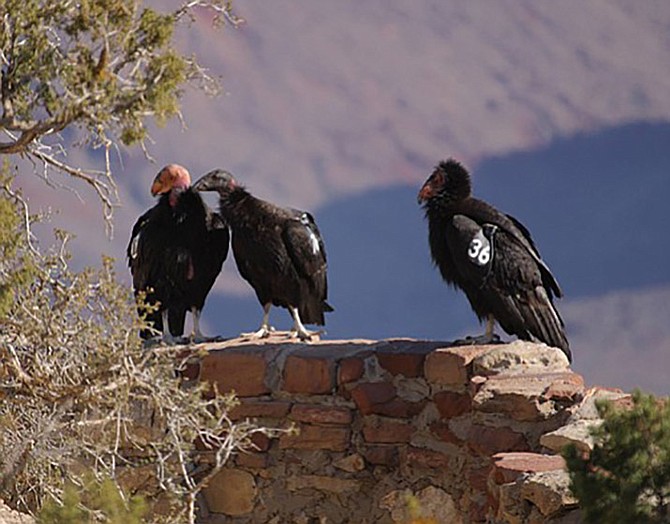 California condors have been considered endangered since 1996. Their population dwindled to just 22 in the 1980s, when an effort was launched to save the species from extinction. There are currently about 500 living in the wild, including about 85 in the rugged canyon country of northern Arizona and southern Utah. (Photo courtesy of Peregrine Fund)

Endangered condors to be released in northern Arizona

Arizona's Game and Fish Department is inviting the public to witness the release of endangered California Condors at Vermilion Cliffs National Monument next month.