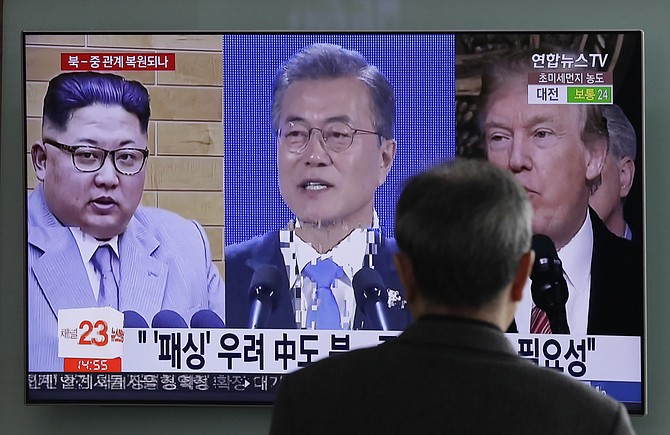 US reaffirms its 'ironclad commitment' to defend South Korea

President Donald Trump and Defense Secretary Jim Mattis spoke on Saturday with their South Korean counterparts after the historic meeting between leaders of the two Koreas, and Trump said "things are going very well" as he prepares for an expected summit with the North's Kim Jong Un.