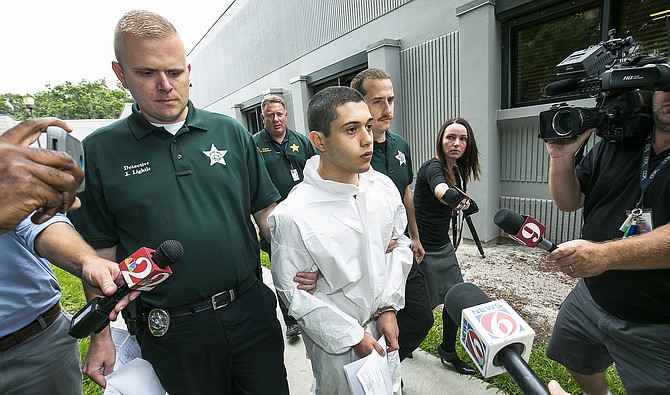 A gunman carried a shotgun in a guitar case and opened fire Friday in a high school in Ocala, Florida, wounding one student before he was arrested on a day planned for a national classroom walkout to protest gun violence, authorities said.