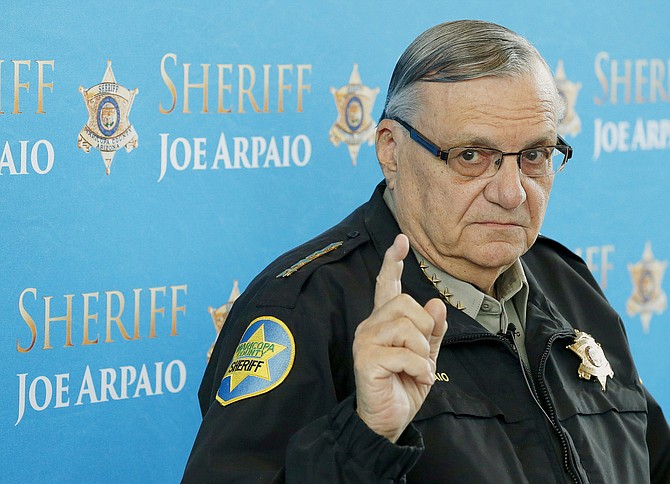 In this Dec. 18, 2013, file photo, Maricopa County Sheriff Joe Arpaio speaks at a news conference in Phoenix. Sen. Jeff Flake's son will seek a new civil trial against Arpaio for bringing a now-dismissed criminal case against him in the heat-exhaustion deaths of 21 dogs. Austin Flake lost a lawsuit against Arpaio at a trial in December, but his attorney says he'll seek another trial because authorities didn't turn over evidence before trial that would have swayed jurors in his client's favor. (AP Photo/Ross D. Franklin, File)

The adult son of outgoing U.S. Sen. Jeff Flake will seek a new civil trial against a candidate seeking to replace Flake — Joe Arpaio — based on allegations that the then-sheriff brought a trumped-up criminal case against him in the deaths of 21 dogs at an Arizona kennel.