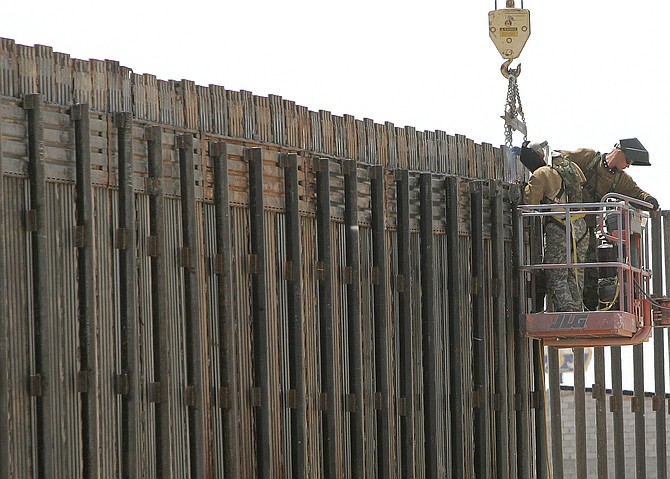 In this June 13, 2006, file photo, Utah National Guard soldiers work on extending a border fence in San Luis, Ariz., President Donald Trump said April 3, 2018, he wants to use the military to secure the U.S.-Mexico border until his promised border wall is built. The Department of Homeland Security and White House did not immediately respond to requests for comment. At the Pentagon, officials were struggling to answer questions about the plan, including rudimentary details on whether it would involve National Guard members, as similar programs in the past have done. But officials appeared to be considering a model similar to a 2006 operation in which former President George W. Bush deployed National Guard troops to the southern border in an effort to increase security and surveillance. (AP Photo/Khampha Bouaphanh)

Impatient for wall, Trump wants US military to secure border

Frustrated by slow action on a major campaign promise, President Donald Trump said Tuesday he wants to use the military to secure the U.S.-Mexico border until his promised border wall is built.