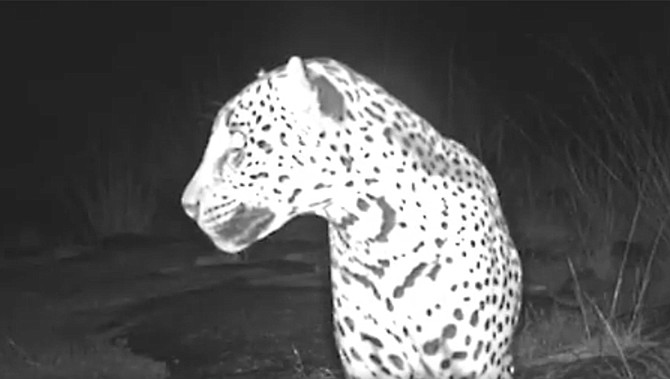 A new video was released Thursday of a wild jaguar living in the Chiricahua Mountains of southern Arizona. (Center for Biological Diversity)

WILLCOX (AP) – Wildlife conservationists have released new video footage showing what is believed to be one of three jaguars to be seen in the United States in the past few years.