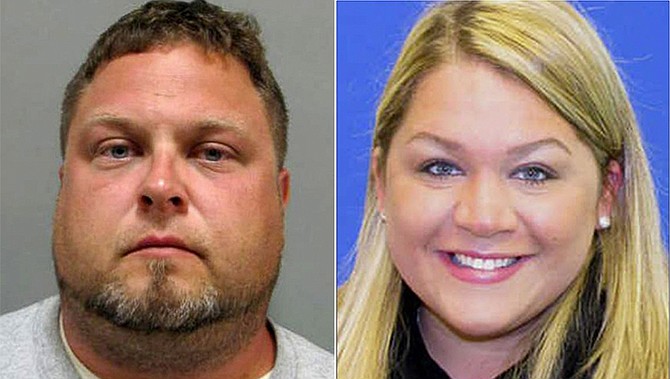 Tyler Tessier (left), the boyfriend of a pregnant Maryland teacher who went missing has been arrested and charged with her murder. Laura Wallen (right), 31, was found dead in a shallow grave in Damascus, about 38 miles west of Washington, Maryland on Wednesday. Police say Tessler was also engaged to another woman.

Police: Pregnant teacher's killer was engaged to another woman

A pregnant Maryland teacher who was missing for more than a week was found dead in a shallow grave, and on Thursday, police said her boyfriend -- who is charged with murder -- was also engaged to another woman.