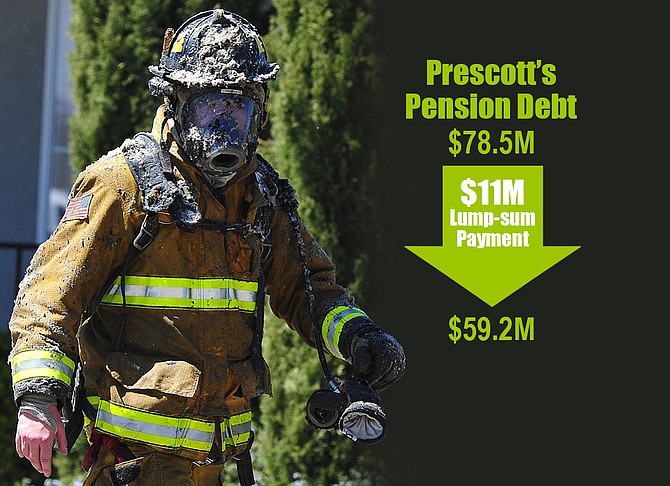 A majority of the council members — in an effort to show the Prescott community that they are serious about paying down the city’s Public Safety Personnel Retirement System (PSPRS) debt as soon as possible — opted on Tuesday, Sept. 12, for making an $11 million lump-sum payment toward the $78.5 million unfunded liability.

Prescott’s pension debt is expected to drop to less than $60 million with the City Council’s decision this week to put $11 million in reserves toward the unfunded liability.