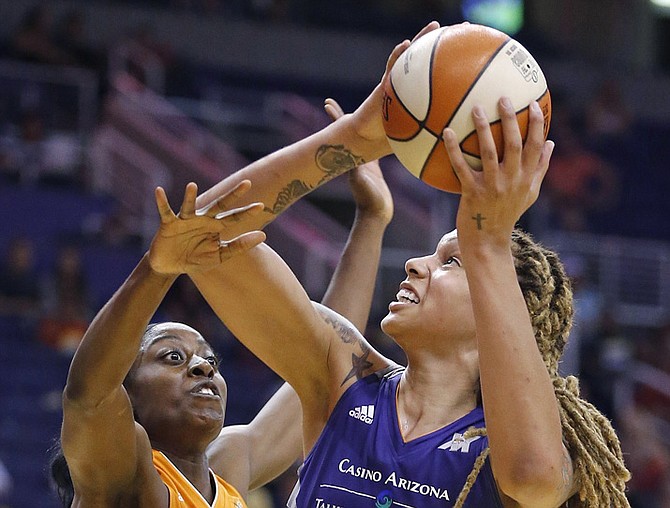 In this May 31, 2016, file photo, Phoenix Mercury's Brittney Griner (42) is fouled as she goes up for a shot against Connecticut Sun's Chiney Ogwumike during a WNBA basketball game in Phoenix. Griner and many other WNBA players and teams are finding their own ways to help Houston and the surrounding area in the aftermath of Hurricane Harvey. (Ross D. Franklin/AP, File)

PHOENIX — Brittney Griner scored 30 points and the Phoenix Mercury closed the regular season with an 84-70 victory over the Atlanta Dream on Sunday to secure the fifth seed in the playoffs.