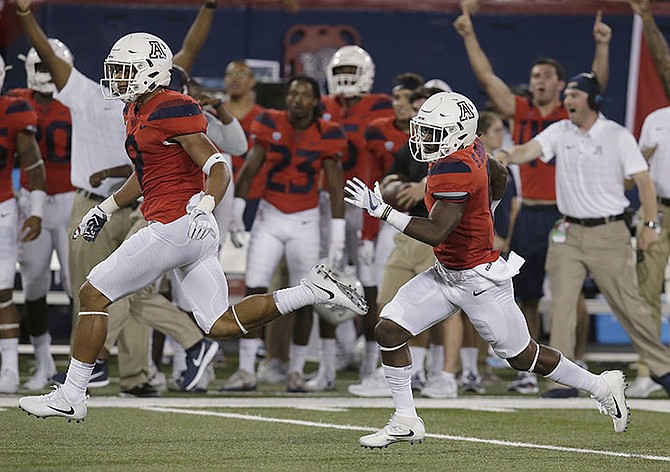 Arizona wide receiver Shun Brown, right, returns a punt for a touchdown against the Northern Arizona Lumberjacks during the first half of an NCAA college football game, Saturday, Sept. 2, in Tucson.

TUCSON — Arizona closed last season by running for more than 500 yards and opened this season by doing the same thing.