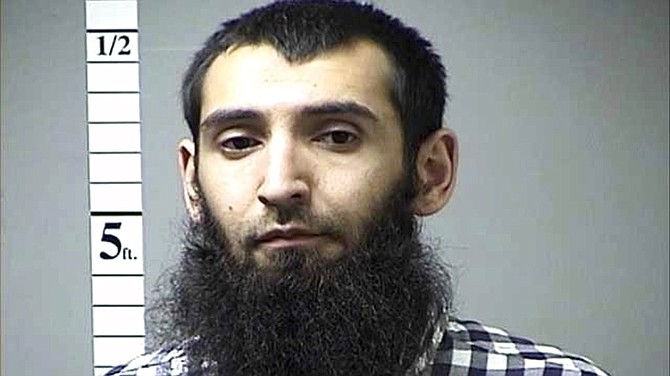 This undated photo provided by St. Charles County Department of Corrections via KMOV shows the Sayfullo Saipov. A man in a rented pickup truck mowed down pedestrians and cyclists along a busy bike path near the World Trade Center memorial on Tuesday, Oct. 31, 2017, killing several. Officials who were not authorized to discuss the investigation and spoke on the condition of anonymity identified the attacker Saipov. (St. Charles County Department of Corrections/KMOV via AP)

Police say the attack that transformed a popular New York City bike path along the Hudson River into a scene of terror was perpetrated by a lone man they consider a terrorist.