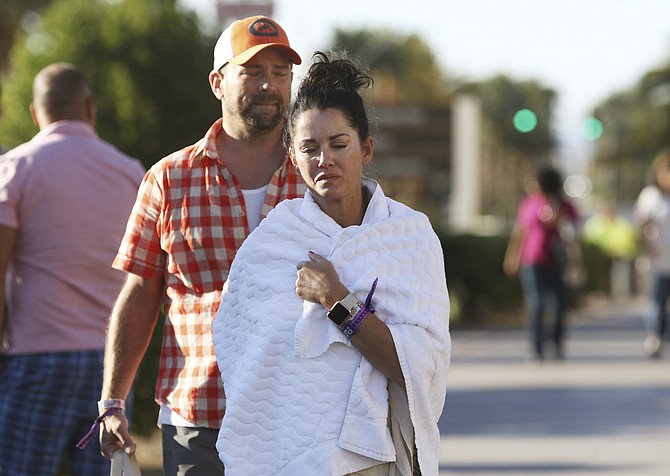 Melissah Burke and her husband Stephen, of Seattle, walk along the Las Vegas Strip near Mandalay Bay hotel and casino Monday, Oct. 2, 2017, in Las Vegas. The couple, who were attending the music festival last night where a mass shooting occurred, found refuge in a nearby apartment and casino. (Ronda Churchill/AP)

The rapid-fire popping sounded like firecrackers at first, and many in the crowd of 22,000 country music fans didn't understand what was happening when the band stopped playing and singer Jason Aldean hustled off stage.