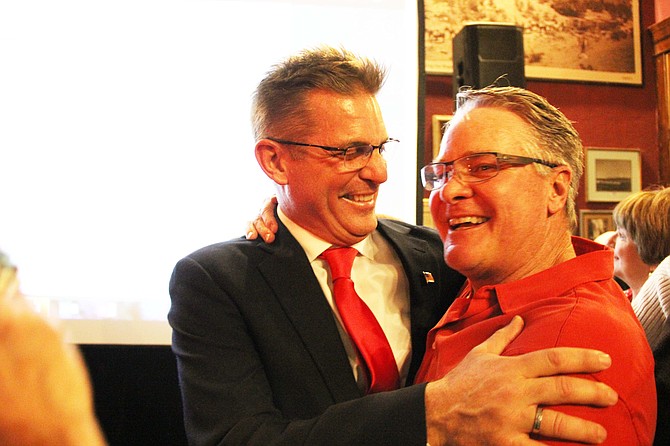 Greg Mengarelli, left, rejoices with his close friend, Drew Stoddard, after hearing he defeated Jean Wilcox for Mayor of Prescott on Tuesday, Nov. 7.

A dull roar has gone up since the City of Prescott elections, with some Courier readers stating it is not fair that a candidate pushed their party affiliation in a nonpartisan race.