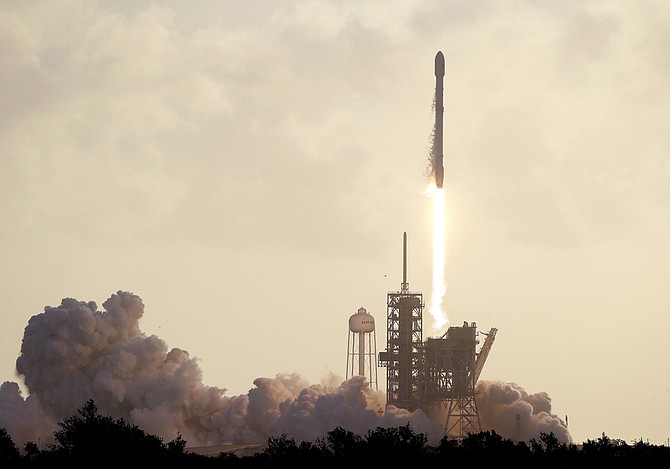 A Falcon 9 SpaceX rocket carrying a classified satellite for the National Reconnaissance Office lifts off from pad 39A at the Kennedy Space Center in Cape Canaveral, Fla., Monday, May 1, 2017. (AP Photo/John Raoux)

SpaceX launched a top-secret spy satellite for the U.S. government Monday morning and then successfully landed the booster for recycling.