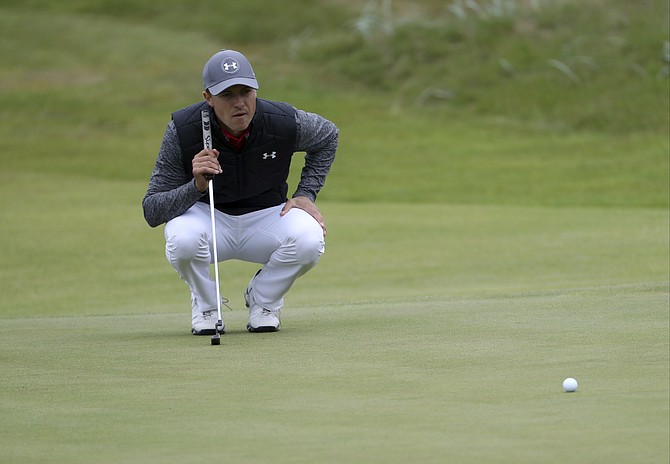 Jordan Spieth of the United States lines up a putt on the 14th hole during the first round of the British Open Golf Championship, at Royal Birkdale, Southport, England, on Thursday, July 20, 2017. (Peter Morrison/AP)

British Open: An All-American start on day one

SOUTHPORT, England — The wind off the Irish Sea pushed away the rain clouds and bathed Royal Birkdale in sunshine, Stars and Stripes.