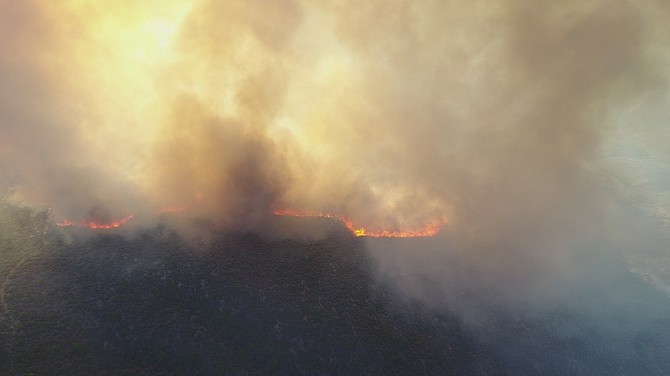 This photo came from the website of Gene Alan Carpenter, the Prescott Valley man arrested for flying a drone illegally over the blaze, forcing the grounding of aircraft that were battling it. (YCSO)

Yavapai County Sheriff’s Office says they’ve made an arrest in the case of a drone that forced aircrews fighting the Goodwin Fire to be grounded.

By The Daily Courier July 1, 2017
Tweets by @TheDailyCourier
Event Calendar