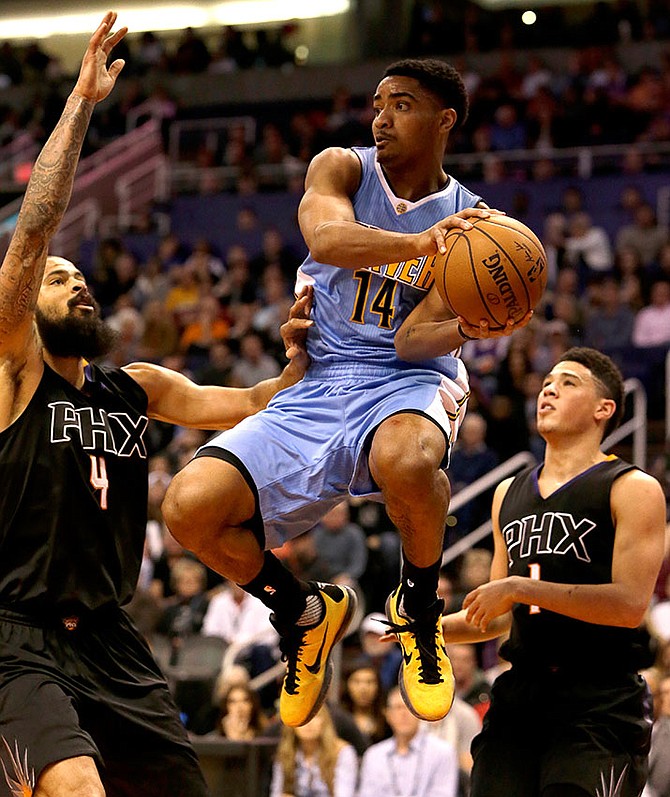 PHOENIX — Danilo Gallinari scored 32 points and Denver took advantage of a third-quarter parade to the free throw line to beat the Phoenix Suns for the second time in three nights, 123-112 on Saturday.