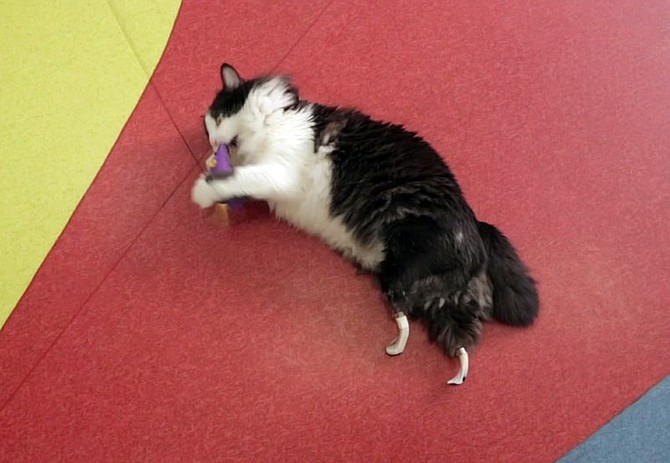 Pooh, who was probably hit by a train, now has a chance for independence that the traditional solution - a set of wheels - would never have offered.

Cat gets a pair of bionic legs in Bulgaria

A cat named Pooh has been given a new lease of life in Bulgaria, becoming the country's first "bionic cat" with a pair of prosthetic hind legs.