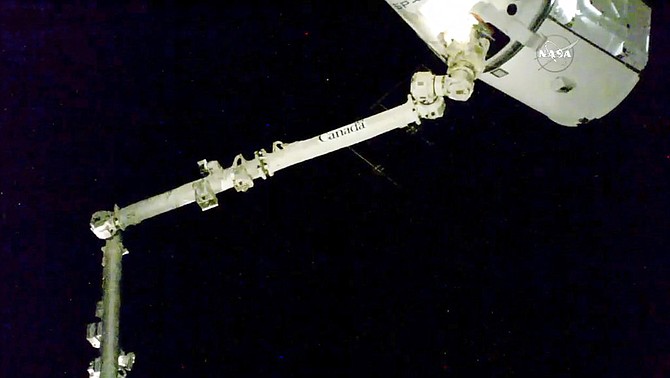 In this image taken from NASA Television, the robotic arm reaches out and captures the SpaceX Dragon cargo spacecraft for docking to the International Space Station, Sunday Dec. 17, 2017. SpaceX launched the Dragon from Cape Canaveral, Florida, on Friday, using a previously flown Falcon rocket. It was the first time SpaceX had flown a recycled rocket with a recycled capsule on top. (NASA via AP)

SpaceX capsule back at space station with pre-Christmas haul

A recycled SpaceX capsule is back at the International Space Station, just in time for Christmas.