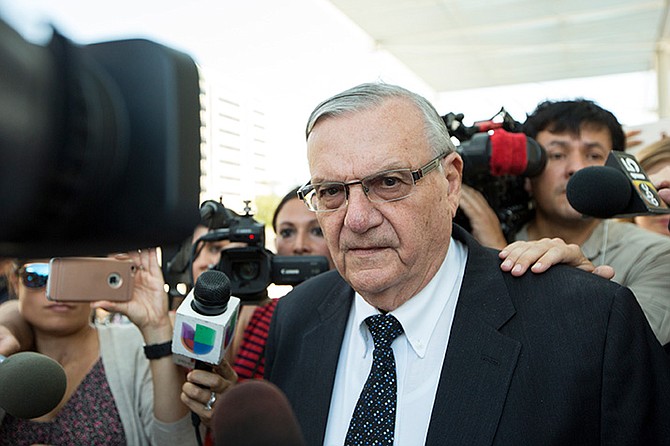 FILE- In this July 6, 2017, file photo, former Sheriff Joe Arpaio leaves the federal courthouse in Phoenix, Ariz. Arizona jurors who will decide a malicious-prosecution trial against Arpaio were told Tuesday, Dec. 5, 2017, that one of Sen. Jeff Flake's sons suffered from depression as a result of a now-dismissed animal cruelty case that the lawman brought against him. (AP Photo/Angie Wang, File)

Former Arizona Sheriff Joe Arpaio was unable to cite any evidence on the witness stand Wednesday to back up his now-dismissed animal cruelty case against one of U.S. Sen. Jeff Flake’s sons in the 2014 deaths of 21 dogs.