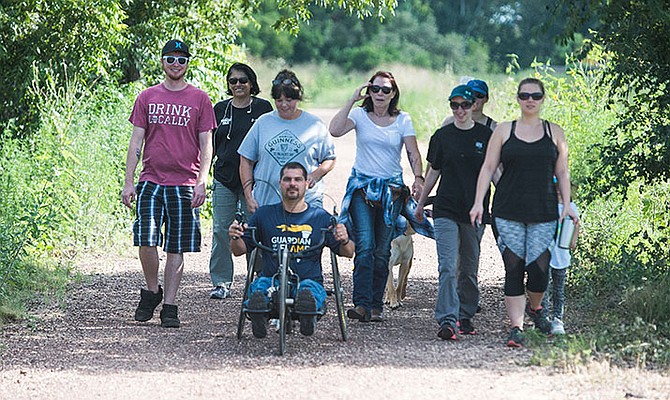 Former Prescott Police officer and current Prescott Police Dispatch supervisor Robb Martin rolls along with supporters on the Peavine Trail in Prescott as they raise money for a surgery that Martin believes will help Him walk again. (Les Stukenberg/The Daily Courier)