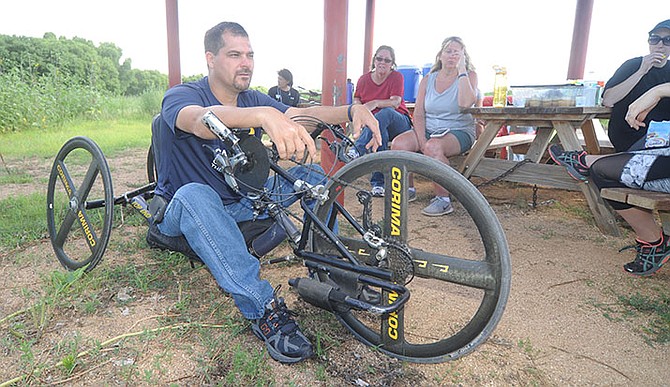 Former Prescott Police officer and current Prescott Police Dispatch supervisor Robb Martin talks about the surgery as supporters walk and ride the Peavine Trail in Prescott as to raise money for a surgery that Martin believes will help Him walk again. (Les Stukenberg/Courier)