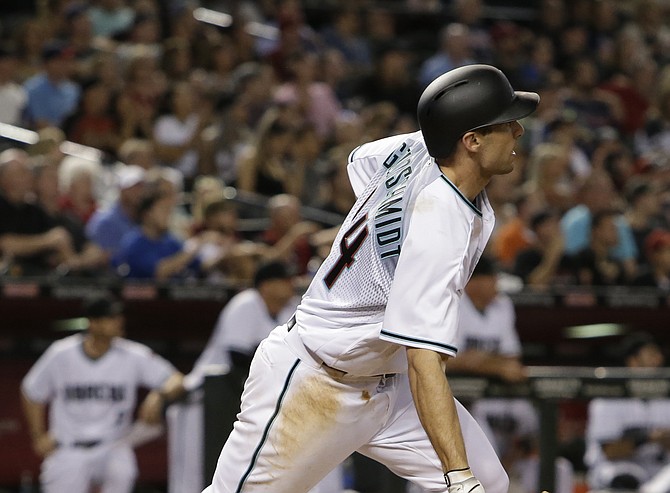 Arizona Diamondbacks first baseman Paul Goldschmidt watches his two-run double in the fifth inning of a baseball game against the Cleveland Indians on Friday in Phoenix. (Rick Scuteri/AP)

PHOENIX — Paul Goldschmidt doubled in two during a five-run fifth inning and the Arizona Diamondbacks rallied from three down to beat the Cleveland Indians 7-3 on Friday night.