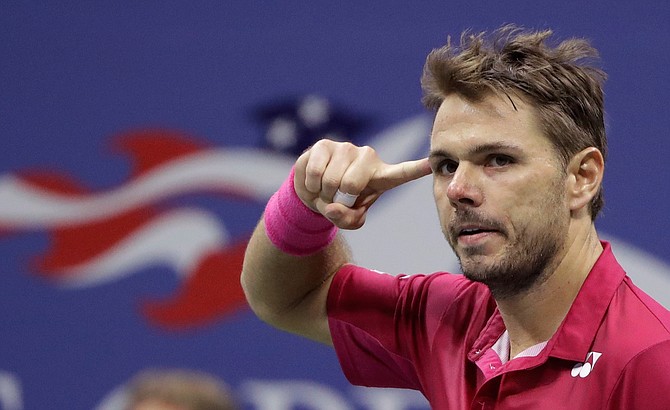 Stan Wawrinka, of Switzerland, reacts after a point to Novak Djokovic, of Serbia, during the men's singles final of the U.S. Open tennis tournament, Sunday, Sept. 11, in New York.

NEW YORK — Stan Wawrinka is the first to acknowledge he hasn't always been the most consistent player — or the strongest mentally. That's why, when he shows his mettle during a match, he likes to point his right index finger to his temple.