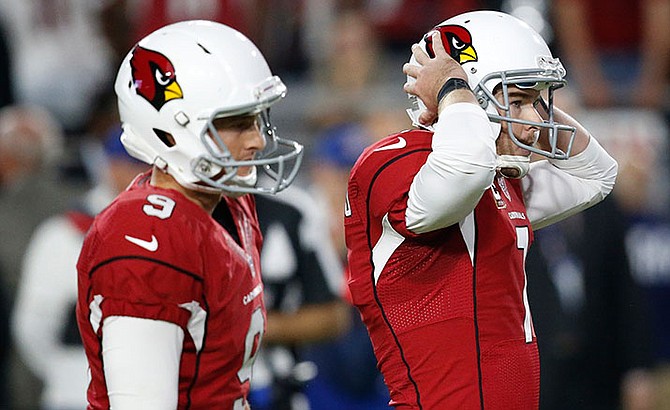 Arizona Cardinals kicker Chandler Catanzaro, right, reacts to missing a game-winning field goal as punter Ryan Quigley looks on, during overtime of an NFL football game against the Seattle Seahawks, Sunday, Oct. 23, in Glendale. The game ended in overtime in a 6-6 tie.

TEMPE — In the aftermath of a strange game loaded with "what if" scenarios, Arizona Cardinals coach Bruce Arians was asked if there was anything he learned about his team.