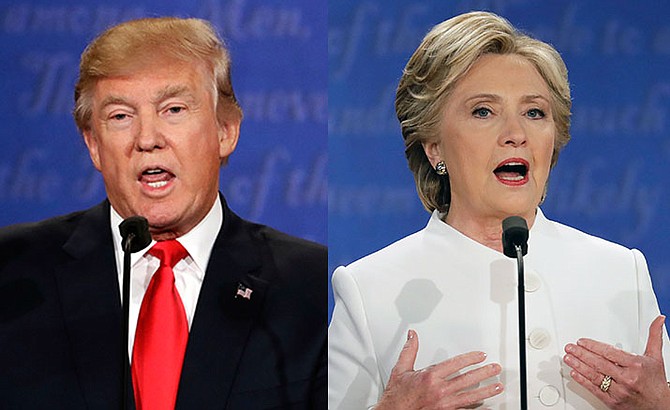 Clinton, Trump use whatever they've got in the final push

Knock on every door. Marshal every volunteer. Lob every attack.

LAS VEGAS — Threatening a fundamental pillar of American democracy, Donald Trump refused to say Wednesday night that he will accept the results of next month's election if he loses to Hillary Clinton.