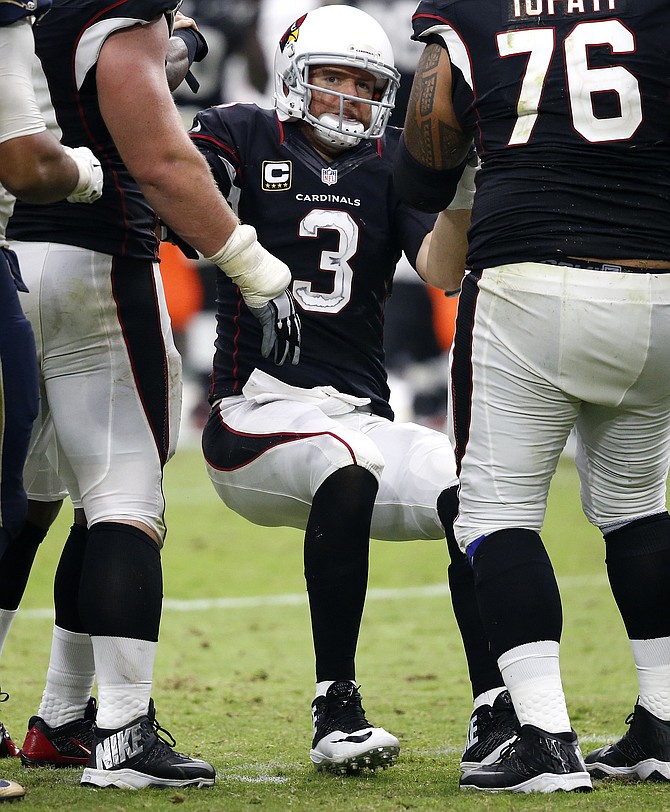 Arizona Cardinals quarterback Carson Palmer is helped up after a being sacked against the Los Angeles Rams during the second half Sunday, Oct. 2, in Glendale. Palmer left the game after the hit.

TEMPE — Carson Palmer was going through the NFL's concussion protocol on Monday and Arizona coach Bruce Arians said he wasn't ruling out the quarterback for Thursday night's game at San Francisco.