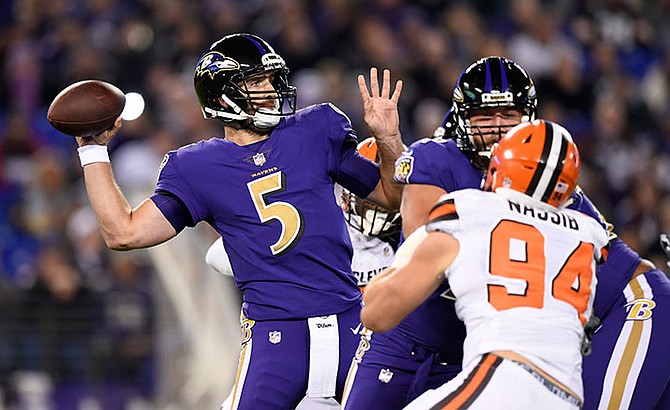 Baltimore Ravens quarterback Joe Flacco winds up for a throw during the first half the team's NFL football game against the Cleveland Browns, Thursday, Nov. 10, in Baltimore.