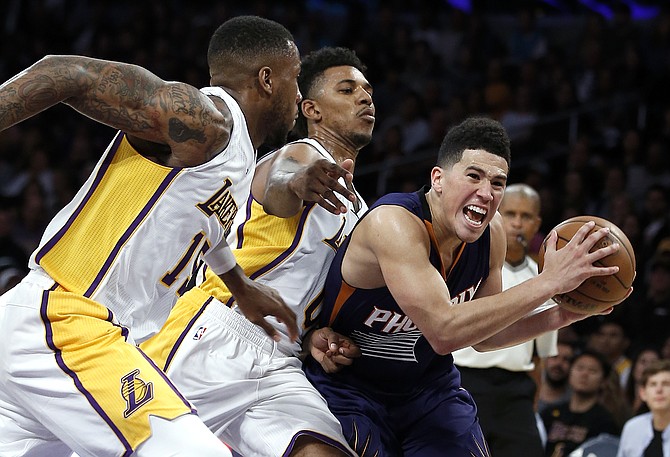 LOS ANGELES — Nick Young scored 22 points, Jordan Clarkson added 18 and the Los Angeles Lakers moved above .500 for only the second time in nearly three years with a 119-108 victory over the Phoenix Suns on Sunday night.